Is Price Really The Issue?

When I am talking to SME owners about sales, I often hear wails about how their customers do not appreciate the years of training and experience they have had and how undervalued they are. Now, I have to harsh here. Elephant trainers may well have years of experience in elephant training but it does not mean that it is worth you paying them large sums of money if you are not riding an elephant.

People who be moan their customers not appreciating their training and expertise are looking purely inward at themselves, rather than looking from a buyers’ point of view. While they (and the elephant trainers) should take pride in what they have achieved, they need to put themselves in the prospective customers’ shoes. Prospective customers are only motivated by their own needs and wants. Which is fair enough, when you think about it.

Customers do use the price excuse more than any other to not buy. But only some of them will be telling the truth about it. It has become just standard in this day and age to argue about price as part of the negotiating tactics. People are convinced that if they ask, they will get.

But the second reason is a bit more subtle. You have put forward a proposal at X price and your customer says it is too much. Your reaction is to take that statement literally and start looking to see if you can knock pounds or pence off, or maybe even giving up, which most sales people do at that point. Stop. It isn’t about the actual amount of money. It is about whether the customer thinks they are getting value for money. That is totally different from the amount they are being charged.

Unless you have got your marketing seriously wrong, you very rarely have a customer who cannot afford what you are selling. You may well have a lot of customers who do not think what you are offering is worth the money.That is totally different. Value is relative to a whole heap of things: it may include what others are charging but most of all how much that person wants to buy, and how they perceive what you are selling (especially against what others are selling). So you have to make your value as much as or greater than the asking price.

The best thing you can do is to say to a price objection is to say “fine, no problem” – because it throws them completely off balance. They expect you to either argue or to just go away altogether. Instead, ask them calmly why they think it is too expensive. There is always more to it than just price.

You may have a small group of people who think they have seen the same thing cheaper elsewhere. Once again, take the wind right out of their sails and apologise. This apology first will put them in the right place to listen.Follow this up by saying that you have obviously totally failed in your job as you haven’t put across the key unique and special points what you are offering has that are different from that competition. In other words, whatever justifies you being more expensive, whatever is unique.

You need to ask more questions about what is worrying them about the value. As with other objections, it could be they are lacking trust in you, the product/service or the company and it therefore feels like too much money to risk. Take them all through it again and listen for that wobble. It will be there in the sub-text.

Your job is to convince them they have outstanding value for money. People will still pay but they want something different, they want something individual and special, that maybe their friends or competitors won’t have.You need to justify what is different though, as it has become something everyone says, but few can validate.

You always need to underline what makes your company, your service and you different from the competition. That is how they will come to believe that they are getting VALUE for money and not care about the price. They will pay for you being different. If you haven’t nailed what that difference is, you need to start there.

The worst possible thing you can do is ask someone their budget. Which one of us is ever truthful about that? Inevitably the human brain clicks into gear and sets a figure far lower than reality, thinking they will get a superb bargain. It is only human nature to try and spend less than we need to. So if you have asked the price and been given one that is far too low, you have dug yourself the hugest of holes. You now have a task of negotiating up from way below to get near an even vaguely reasonable price. Upping the offer to anything really profitable is already completely out of the question before you have begun.

In the same way, when you get as far as talking price at the end, and the customer tells you that is too expensive, never, ever ask them something along the lines of “how much were you thinking?”. It will be exactly the same story; the customer will pitch much, much lower than their real budget and think they are being clever.

Another issue about getting to price too early, is that it makes the customer assume they are simply getting something off the shelf that anyone could get. They will not perceive you as having developed and formed any special offering for them. Logically, an off the shelf, early price has not had the time and information to be turned into a unique offering and they know it. So by going there too early, you are massively devaluing your offering, making your customer believe there is nothing special about it.

Negotiating is a lot about ego. It has become a badge of honour to boast about the amazing deal you got when you bought something, you well you haggled. You need to stroke that ego, make them think they have the best deal ever, the one only they could have achieved.

Depending on what you are selling, you can nearly always keep a giveaway to the end. Then when you get to the price objection, you will have saved some wiggle room to eventually ask “If I could include this as well, can we put this deal together?” You cannot do this if you get to price negotiation too  early. Give them an extra (that you have budgeted for already, unbeknown to them) at the end, and they will then be able to go away and say to all their friends that they got something special thrown in, that they are the clever ones who got an extra good deal.

To withstand price objections, you will need to have total confidence in your product. If you are over beaten down in the negotiations, the customer will have the wrong mind set. They will believe that bullying will get them money off and you can guarantee they too will complain, wanting further discounts. Most of us have suffered from a customer like this, where for peace and quiet we have given in on price and had our lives turned into a nightmare by the customer from hell, who is the most demanding and unreasonable ever.

Remember – price is just a standard excuse for a whole heap of things. Butif you haven’t established their emotional needs for buying from the start, nor put forward what is really unique about what you offer, you will go on getting clients who do not see much value in what you do.

This article Is Price Really The Issue? by Jan Cavelle was first published in Issue 56 of the Business Rocks Magazine. 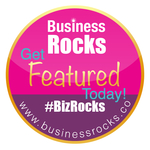 Jan Cavelle is a successful entrepreneur with nearly 40 years’ experience in sole trading and small businesses. This experience ranges from such diverse areas as music management, catering, freelance sales, furniture design and manufacture. In recent years, she has become more involved and more passionate about the particular issues women still have in business generally. Drawing from her own experiences and research, she is able to help other women fulfil their dreams with both practical business issues. She helps them to overcome stumbling blocks on self-confidence, self belief and self value. She offers a unique combination of psychology, established business methodology and the best of the more woo-woo contemporary thinking. In doing so she is able to help women identify their real goals and implement sound planning to achieve them.
@JanCavelle
Previous ‘Your Stories’ Stacey Myers Q & A Interview @StaceyLMyers #BizRocks #DigitalMarketing for #WomeninBiz
Next #BizRocks Issue 61 with Nicola Huelin @NicolaHuelin of @MPowerMumsInBiz #DigitalMarketing for #WomeninBiz

How To Resist The Dreaded Coronavirus @LexisJohnson #DigitalMarketing for #WomeninBiz

How Women Are Changing The Crypto Industry @BizzMark_Blog #DigitalMarketing for #WomeninBiz

Here are a few hand-picked advantages of automation you can expect when you let go of the reins in certain segments of running your business.

This website uses cookies to improve your experience while you navigate through the website. Out of these, the cookies that are categorized as necessary are stored on your browser as they are essential for the working of basic functionalities of the website. We also use third-party cookies that help us analyze and understand how you use this website. These cookies will be stored in your browser only with your consent. You also have the option to opt-out of these cookies. But opting out of some of these cookies may affect your browsing experience.
Necessary Always Enabled

Any cookies that may not be particularly necessary for the website to function and is used specifically to collect user personal data via analytics, ads, other embedded contents are termed as non-necessary cookies. It is mandatory to procure user consent prior to running these cookies on your website.